Quadrilaterals are just the four-sided shapes (“quad” meaning four); they include: 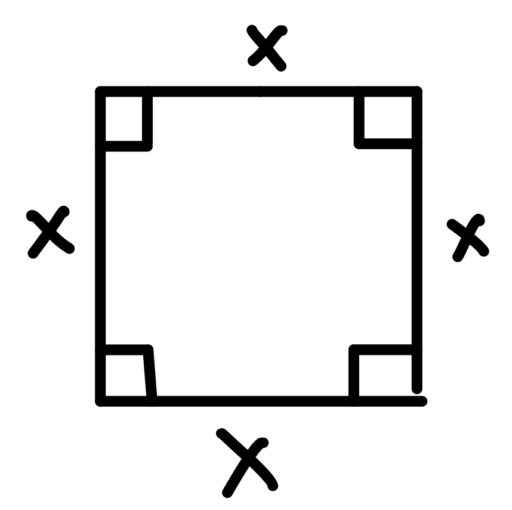 Parallelograms: four-sided figure where opposite sides are parallel

Parallelograms also have the nice property that opposite angles are of the same degree, and opposite sides are the same length.

Rhombus: a parallelogram with equal sides 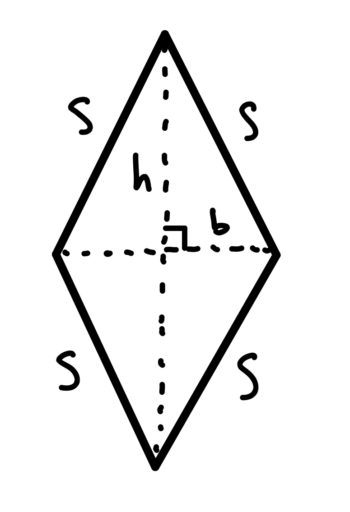 Trapezoids: four-sided figure with one pair of parallel opposing sides 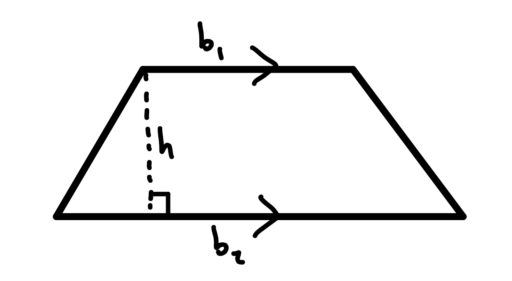 Now a lot of these definitions overlap with others, so here is a diagram that explains how all of these shapes relate to one another: 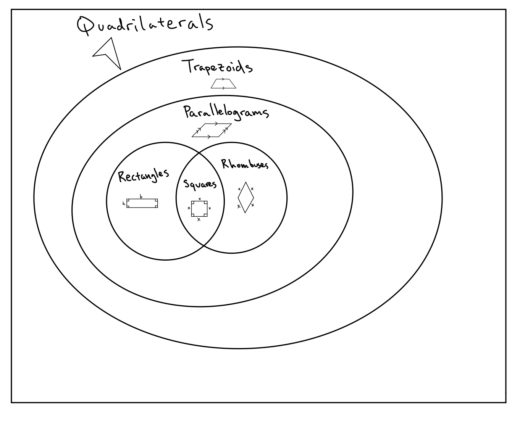 Finally, one fact that is sometimes helpful in solving problems with quadrilaterals is:

Quadrilaterals Have 360 Degrees: The sum of the angles in a quadrilateral is 360.

This fact will come up again when we talk about finding the values of unknown angles.

1. Find the area of the entire figure below. 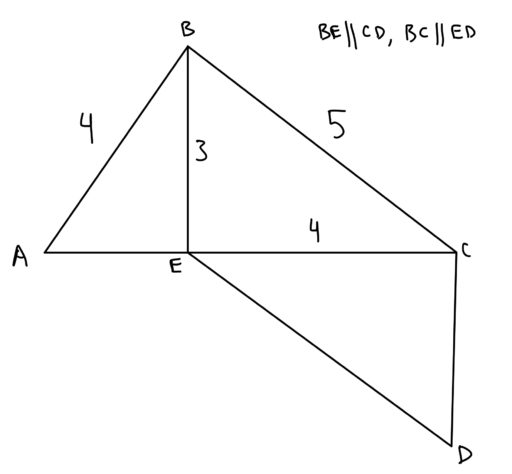 is a parallelogram. Thus, by the area formula above, we know that its area is

Now, we also know by the Reverse Pythagorean Theorem that

and since a straight line has 180 degrees, we conclude that

Thus, we can apply the Pythagorean Theorem to get that

Thus, the area of triangle

and the total area of the figure is

2. Find the area of the entire figure below. 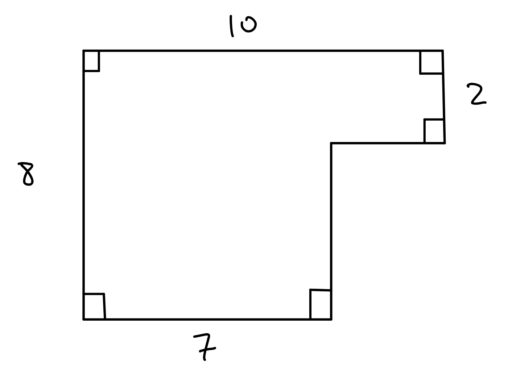 Imagine drawing a line in the above diagram here: 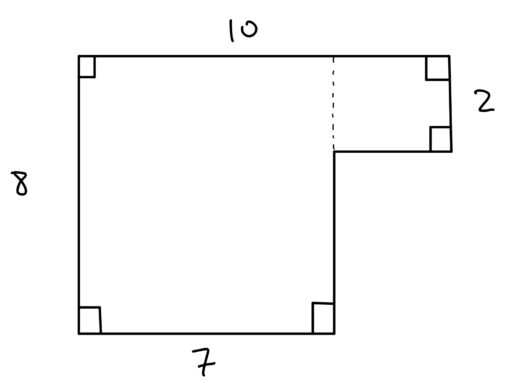 Then, the left-hand shape must be a rectangle (since quadrilaterals must have angles that add up to 360 degrees and the other three right angles take up 270 degrees). Thus, as rectangles are a kind of parallelogram, the top side of the rectangle must be 7 units long. Thus, the top side of the right-hand figure must be 3 units long, and of course, that figure must also be a rectangle. Thus, we can find the area of the whole shape as:

3. The area of the below parallelogram is 30,

, and the ratio of the area of

to the area of

Since the area of

Now, the area of

whereas the area of

. Thus, by the given ratio of those areas, we conclude that

We can then use the Pythagorean Theorem to conclude

4. The dotted lines below meet at a right angle. Find

Imagine adding the following lines to the figure:

Then, we get that

by the Pythagorean Theorem, and it will equal 5.