It seems like no one talks about anything else. But where did this term come from and what does it actually measure?

Let's repeat that for emphasis: they've stayed consistent according to USNWR.

But USNWR's rankings are somewhat arbitrary. Here's how USNWR determines them: 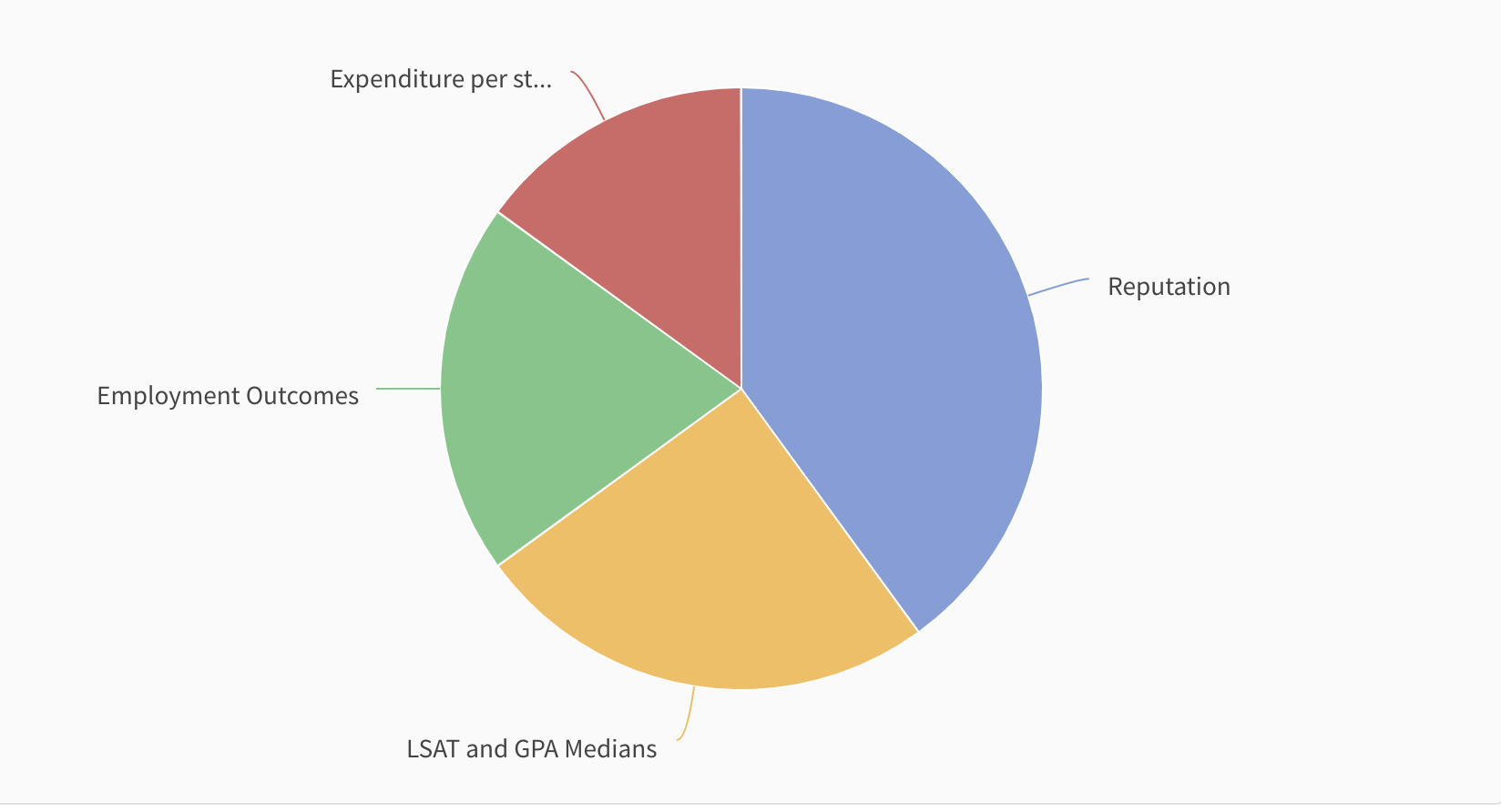 Notice that USNWR rankings are mostly a measure of reputation. This is a little odd, because USNWR also helps perpetuate these schools' reputations.

To some extent, the rankings are a self-fulfilling prophecy: the longer you maintain a high USNWR rank, the better your reputation…and the higher your USNWR rank. No wonder they stay static at the top.

It's also worth pointing out what the rankings are not. They are not primarily a measure of employment outcomes. They are not at all a measure of how prepared you'll be to succeed. "Faculty resources" is a poor stand-in for educational quality, as you can see in a more detailed breakdown of the ranking methodology: 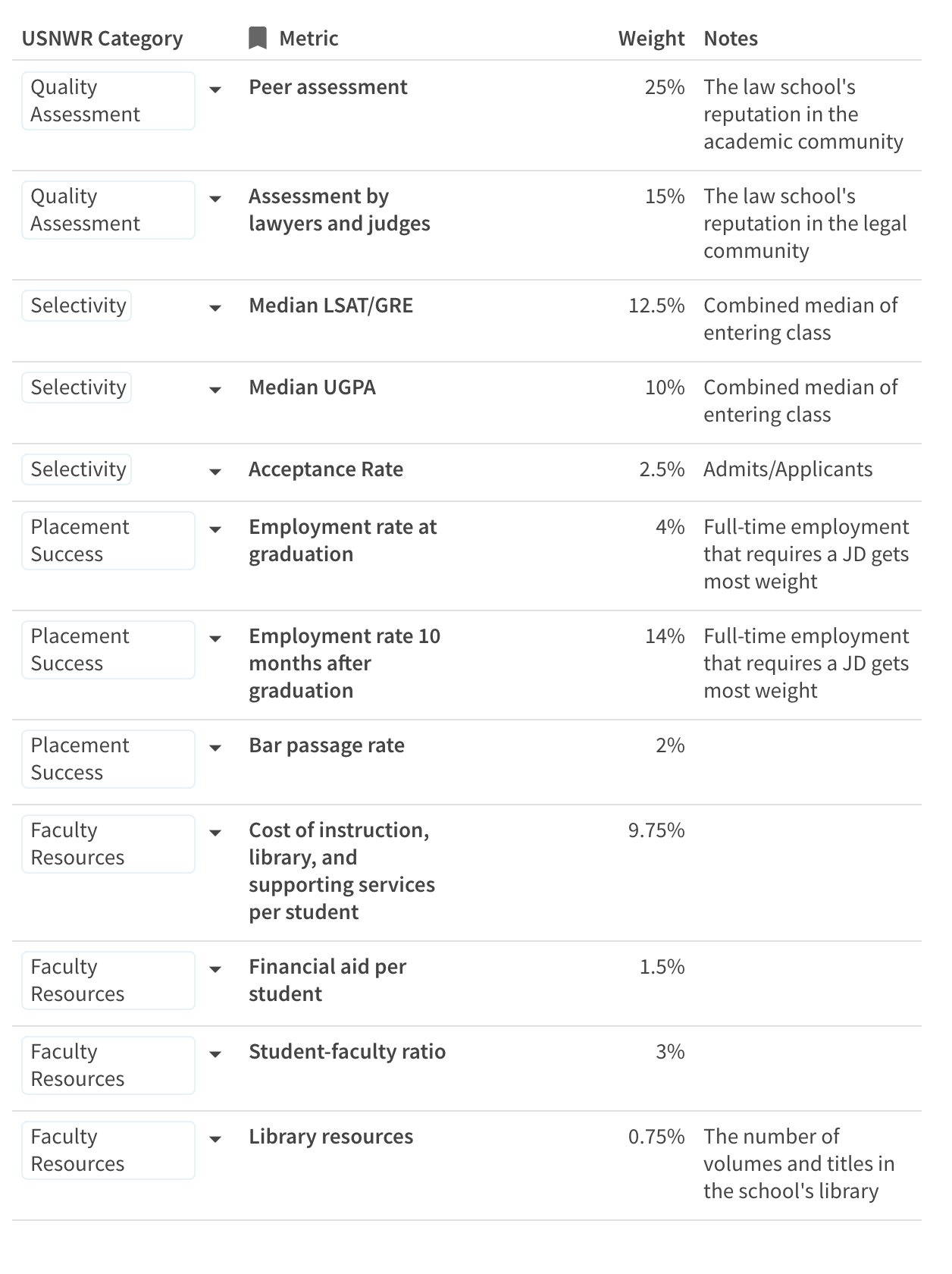 Let's question some of these assumptions. Does the fact that a school spends more on its instructors, library, and supporting services mean that it is better? Maybe—or maybe it's just in a more expensive location. Does the amount a school spends on its instructors and library and supporting services really matter more than twice as much as the students' employment rate at graduation? Do you, or does anyone you know, care even 0.75% about how many volumes are in the school's library?

The point isn't that these rankings are bad. The point is that rankings—any rankings—necessarily rely on assumptions that may not hold true for you.

So, back to the most important question:

Does attending a T-14 school matter?

It depends on what you're looking for.

Graduating from a highly ranked school usually makes it easier to do the following:

But graduating from a T-14 school does not guarantee a job, and graduating from a school of lower ranking doesn't mean you can't get a job in Big Law. Your class rank, network, and interviewing skills also matter a lot.

If you're contemplating a specific school, you should take a look at the latest ABA-disclosed employment outcomes.