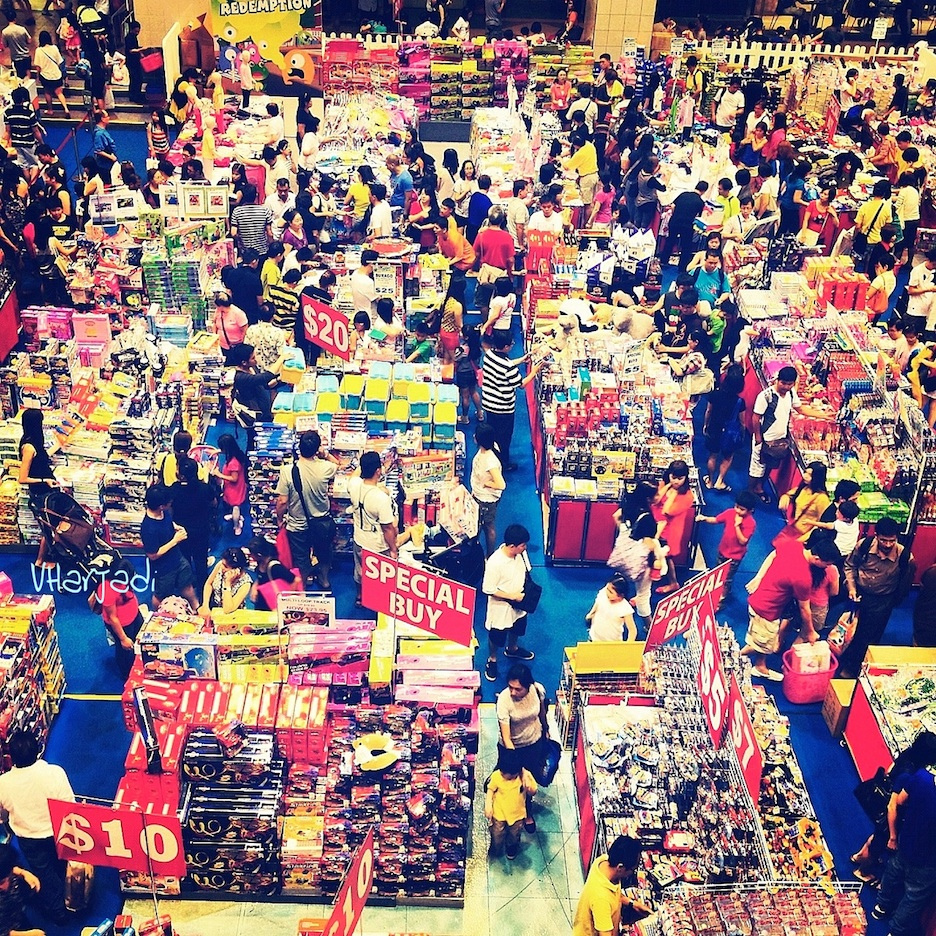 IT HAS BEEN SAID THAT “ALL JEDI USE THE FORCE.”

For this edition of LSAT Fundamentals, let’s engage in a little verbal sparring. Say the above sentence differently. By that I mean use a different grammatical structure to express the same meaning. Give it a shot, young Skywalker.What? You are done already? Let me see what you got there.

Well, the force is clearly strong with you.

Although each of these 8 sentences look and sound different – 7 are in English and 1 is not – and have different grammatical structures, they do all mean exactly the same thing. The LSAT is concerned with your ability to recognize that fact. You are expected to understand that each and every one of those sentences, despite their differences in appearance, is expressing the same idea – an idea with the following long winded explanation:

Pretend you’re an omniscient being, looking down on the universe. What do you find? A window here, a table there, some flowers, a person, friendship, trust, love, etc. These are all things you find in universe. Now, from your survey of everything, pick out everything you consider “Jedi” and put an imaginary circle around them. That’s call a category. Name that category “Jedi.” Within that category, you will find Luke, Yoda, Obiwan, and Samuel Jackson’s character whose name I forget. Just kidding. His name is Mace Windu and he’s a badass with a purple light sabre.

Now, repeat the same exercise except this time, pick out all those things that you consider “Force Users.”

Here it is illustrated: 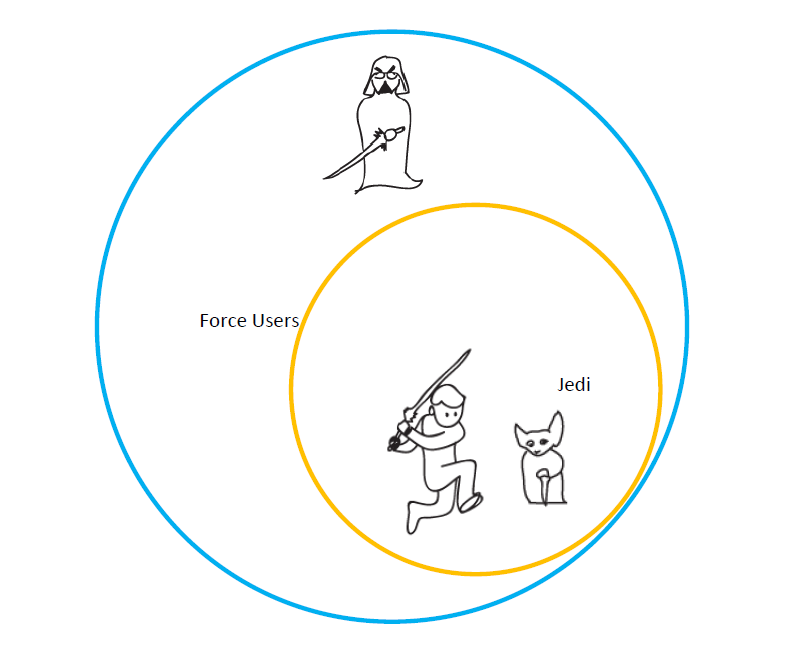 When you grabbed all the Force Users, you picked up those same guys from the Jedi category and then you also picked up some more, for example, Darth Vadar and his fellow Sith Lords. He may not be a Jedi, but we all know he’s a powerful force wielder.

That’s the idea that each of those 8 sentences were expressing. Which expression (1) – (8) do you prefer? I’ll bet sentence (5) (the one in Chinese) isn’t your favorite. I know, it also bugs me when sentences aren’t properly punctuated. What about (1)? That seems easier to understand than (6) doesn’t it? Why is that? We’ve already agreed that ultimately what the LSAT cares about is the idea.

And (1) – (8) are all different expressions of that same idea. Yet, some are more efficient, more clear and more accessible than others. That’s just it. Some expressions in some languages are simply better than others. 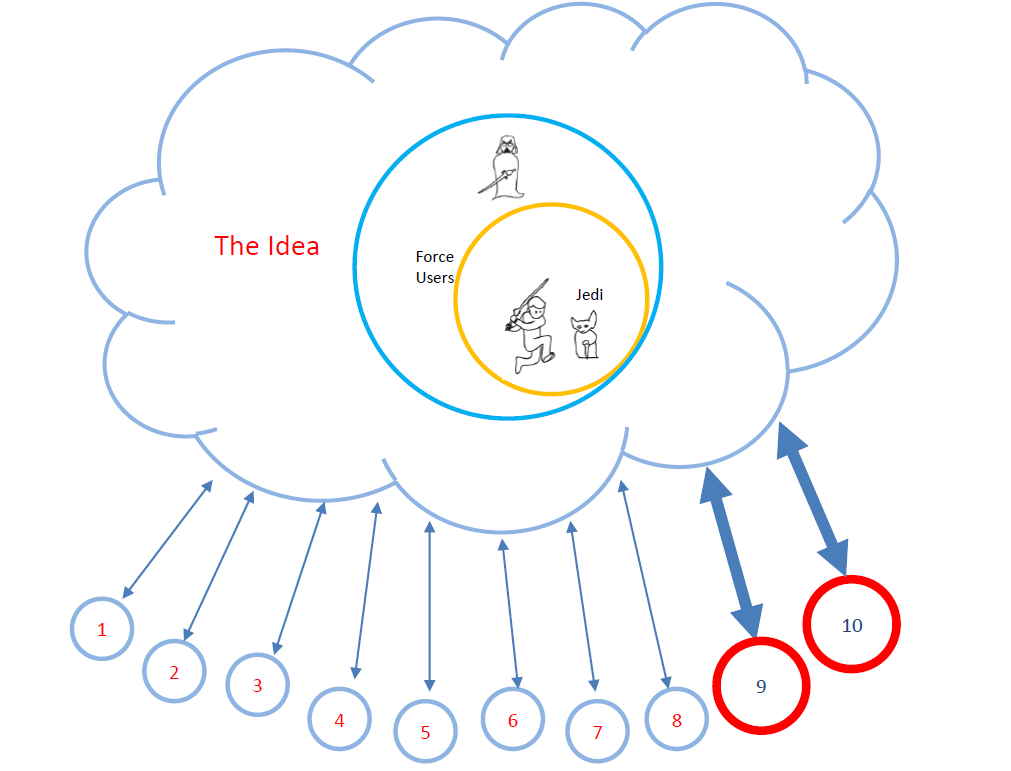 LET’S REVIEW
There are too many ways in our English language to expression certain ideas like “All Jedi use the Force.”This is not good because some of these expressions are confusing. We will learn a new language called “Lawgic” to express those ideas because it is better.