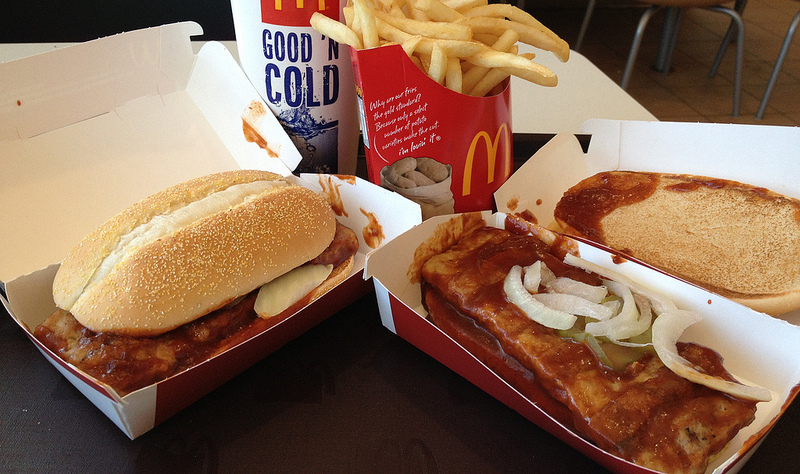 Look at that McRib. So juicy and so tempting. So easy to eat it just melts in your mouth and coagulates on your gut. Look at those fries. Perfectly flavored with all natural chemicals. Crispy and salty. Isn't is so much easier to just eat that than to eat an ugly salad? You know it is. You also know it's terrible for you.

So brace yourselves. We're tossing up some salad and you're not going to like it. But it will save your life.

Also, I'm talking about the LSAT. I don't really care if you eat McDonald's.

1. Underestimating when to start studying for the LSAT (Three months is not enough time to prepare!)

When should you start studying for the LSAT? The first mistake students make is underestimating the difficulty of the LSAT. So, let me be very clear. The LSAT is a beast. I don't know you. I've never met you. Maybe you're a beast too. But, I'm telling you right now that you need more than 3 months to adequately train.

Now, I know the "industry standard" is 3 months. I have no idea how it got there but it's stupid and detrimental. I have some theories: implicit collusion between you and the test prep companies that charge you $1,000+ for an LSAT Course. They, of course, want to maximize profits and therefore will run the shortest class acceptable. You hate the LSAT so you'll readily accept a prescription of 3 months (or fewer! yay!) as "appropriate" for the amount of time to train. It's collusion and you're the victim.

But that's not important, is it? The important thing is that you plan to spend way more than 3 months training. A year is reasonable. Look at it rationally. Which is weighed more heavily in law school admissions, GPA or LSAT? LSAT. Duh! Yet, you spend 4 years on your GPA but, what, only 3 months on the LSAT? How the hell does that make any sense? Do you even know how important the LSAT is? It makes or breaks your application. End of story. If I'm telling you that you need to spend a year, only a year, to realize your maximum potential on the LSAT, you should be thinking this is a fucking bargain. Because it is. You're getting a great deal. And I haven't even counted the tens of thousands of dollars in scholarships.

You have to realize that there are a finite number of Official LSAT Prep Tests (PTs). (You're not a moron so you must know that you are to avoid fake LSAT questions like the plague.) To date, there are around 70. That's it. If you exhaust all of those PTs, you're pretty much done. You have nothing left to train with.

Of course, you do have to learn the fundamentals somehow so you have to sacrifice some PTs for that. But, not the recent ones!

Here's how we do it.

We only pull LSAT questions from pre-PT 36 to use for the curriculum and problem sets. Every PT starting from 36 and above are kept pristine for you to take under timed conditions.

3. You're setting an unrealistic schedule

Seriously, take a good look at your ability to handle responsibilities and commit. Back in college, at the beginning of every semester I'd load up on classes thinking this is it. This is the semester that I turn my life around. I will be awesome and responsible and blah blah blah and 3 weeks in I watch ALL the episodes of The Wire in 5 days and shit I missed all my classes. But, hey, I went out and had the BEST TIME OF MY LIFE or whatever shreds of the 36 hour binge drinking marathon that I could recall anyway. And all my heroic, naive promises to myself just look stupid.

Sound familiar? Look, if that's you, that's fine. Just don't expect the LSAT to change you. That shit takes a long time. What's faster is recognizing, embracing, and planning around your limitations. That's called "wisdom".

Don't be like me: "I GOT THIS. I WILL STUDY 30 HOURS A DAY. SLEEP IS FOR LOSERS." No, moron, there's only 24 hours in a day and you need to be not conscious for 7 of those hours. You also need a realistic study schedule. If you're in school. It's very, very hard to study for the LSAT. Plan on something light, like 4 hours a week. Same if you're working full time. Study first thing in the morning, not last thing after all your other things of the day. Draw out your LSAT schedule to a year.

If you are studying full time, still don't study more than 30 hours a week. You simply need to give these ideas time to take root and grow. You also need time to relax. Go on a date. (You're studying for the LSAT, you're obviously single or will be very soon.) Go for a jog. Go on a date with your computer. Go see a movie. Stare at the moon. Get away from the LSAT. Burnout is a real phenomenon and you don't want to be anywhere near it.

Ideally, a wise student who avoids all three mistakes sets out a year long LSAT study schedule, begins with learning the fundamentals (e.g., logic, grammar, causation, argumentation, the scientific method). Then, she practices them on problem sets from pre-PT 35. Then, after some months of doing that, she starts to take timed, proctored full length PTs and Blind Reviews.

Slow and steady. That's the way to go.