In this post, we'll talk about ranges, quartiles, and percentiles. These are all ways of getting a sense of what the overall distribution looks like and what the possible outcomes look like.

Let's start with the range. The range is the difference between the largest and the smallest value in your data. So suppose you have the following data:

Then, the range is

. Thus, the range tells you the interval over which your data is distributed.

Quartiles are more complicated. As the name suggests, quartiles are a way of dividing up the data in to four parts. So, if we have the following data: 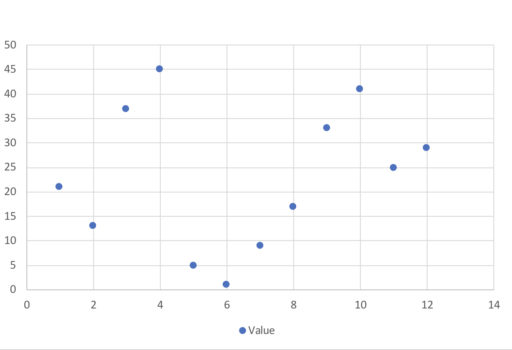 The quartiles are the points that divide up the data in four segments, each with the same number of observations. For the above data, we would get: 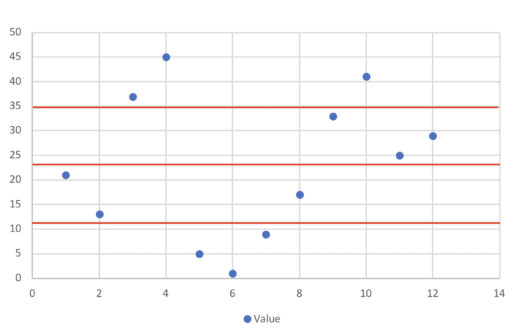 You can see how in each section, we have exactly three points which is one fourth of our total data (made up of 12 points).

Now how can we find the quartiles?

Let's begin by ordering our data from least to greatest:

Let's begin by finding the median (also known as the second quartile). We see that 21 and 25 are in the middle; taking their average, we get that the median is 23. Then, the values less than 23 (the lower half of the data) are:

To get the third quartile, we look at the upper half of the data (everything greater than our median):

Taking the median of this, we get 35 which is the value of the third quartile.