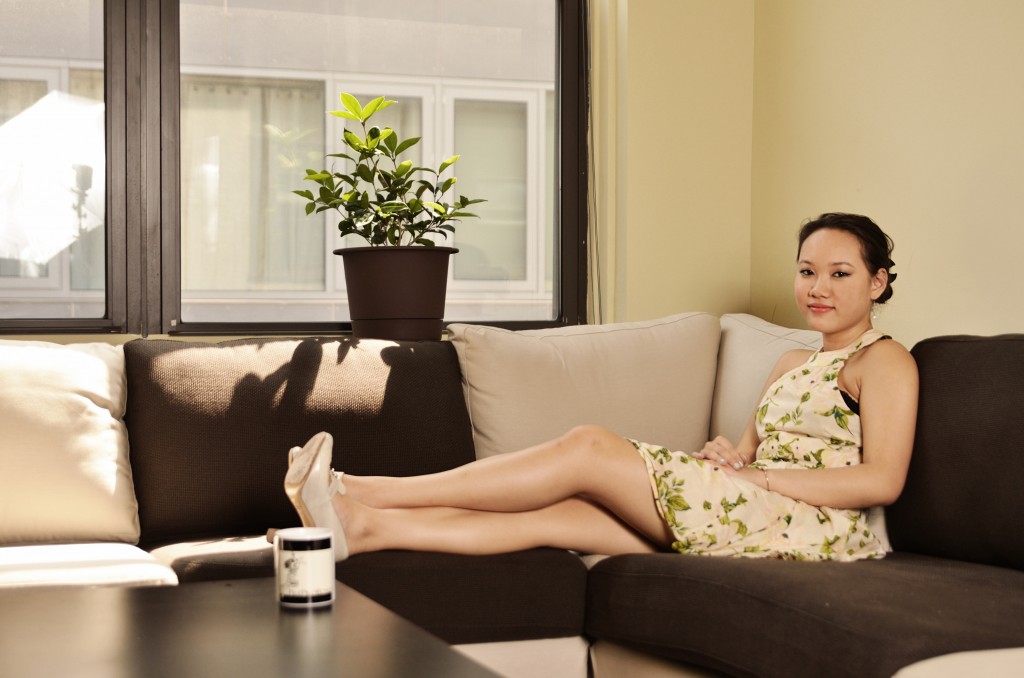 What's your favorite whale?
The Narwhal... because they look like unicorns!

Tell me something you did that you're proud of.
Last year, I gave a speech to a large crowd in Albany about the importance of passing laws that open up access to education for working class students, and how education opened up opportunities in my own life. I was incredibly nervous, having stage fright and being (by far) the youngest of 4 speakers. Later on, several members of the audience came to tell me how my story resonated with them on a personal level, and that it reminded them that education is a right to be defended for all. Knowing that my story left such an imprint on others was an amazing experience!

What cause or issue are you passionate about?
I am passionate about feminism. Half the world lives subjugated by outright and/or institutional oppressions that separate and dehumanize women and people who fall between the sexes. I firmly believe that this binary system is detrimental to both men and women, and I want to dedicate a good part of my life to helping people who have been caught up in it; perhaps being a lawyer might help. I want to help give women and other oppressed groups equal access to bodily integrity, economic security, and civil/political rights.

Who or what motivates you? Where do you get it from?
My mother motivates me, more than any other person. I've watched her struggle to feed, clothe, and house me and my sister on an impossibly small salary since I was little. She works 6 days a week doing menial labor so we might have enough, and so that we might have a better life than her.

She always told me to pursue my education, so that I might have more opportunities than she did. My mother didn't go to school past 8th grade, and we knew a lack of formal education closed many doors for her. She wanted better for us, impressed upon us the importance of education, and provided the means she could for us to pursue it.

What song are you embarrassed to have on your iPod?
lol... probably "Baby Got Back" by Sir Mixalot.

If you were a Jedi, which one would you be?
I've never seen Star Wars!

What's your talent?
I can sing. Once someone in the audience burst into tears in the middle of a song (no, not because I sucked badly!).

I also draw (I always end up sketching in the LSAT packets!). I graduated from high school with an award/speciality in visual arts.

What were you in your past life?
Maybe a flapper; I think that would suit me well. With a short skirt, bobbed hair, rolled stockings, the whole shebang :) Part of the 1st wave of feminism.

Journal Entry, July 9, 2012
My road to PreProBono was long and convoluted, just like a typical LSAT question.

When I was younger, I didn’t understand the value of education. I got into classes and programs for gifted children, but I didn't take my lessons seriously. In the earlier part of my life, that sufficed; it was enough for me to get a passing grade. I didn’t, as my mother urge, apply myself fully because I did not see a good reason to. I was already considered “smart”. But, as wise men and women - women like my mother - know, pride always comes before the fall.

It wasn’t until the end of high school that it became overwhelmingly obvious that “smart” wasn’t good enough. Applying my “good enough” philosophy to grades and taking the SAT’s is a decision I still regret. I wish I could have discovered the limits of my potential. What could I have been had I tried harder? I vowed from that moment on to put a purpose to both my life and my studies.

This is what led me to PreProBono's Fellowship program. I have always known that I wanted to leave the world a better place than I found it. I agree with PreProBono's founding values: to promote diversity in the profession of law and commitment in service to the public. But, before I could save the world with my law degree, I would first have to get into law school. That meant I would have to do well on the LSAT. It might seem to many that a 40-plus-hours-a-week summer schedule is overzealous, but I don’t want to entertain another “I could have been..." I already know that I will get into the best law school that I can, and take my first steps down the road of service.