Circle graphs (also called pie charts) let you see the relative amounts of different categories. For example, if you run a local grocery store and want to see where your sales are coming from (perhaps because you are considering whether to re-allocate floor space), you might look at a chart like the following: 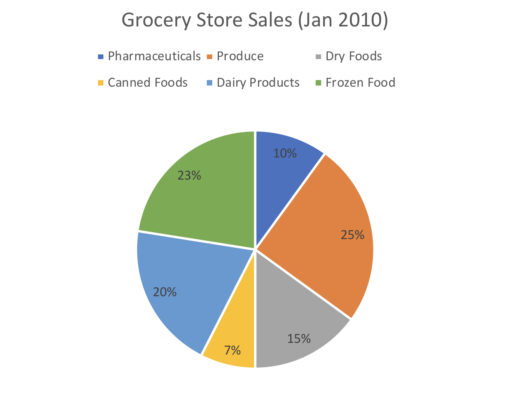 and conclude that as most of your sales come from produce, you may want to allocate more space to new kinds of produce.

Now, if you are given the actual value (as opposed to the proportion) of any category, you can find the value for each category. So, for example:

Suppose that in January of 2010, the grocery store sold \$23,000 worth of frozen foods. How many dollars worth of canned foods did they sell?

We can also use circle graphs to determine various trends. For example, by comparing the following charts: 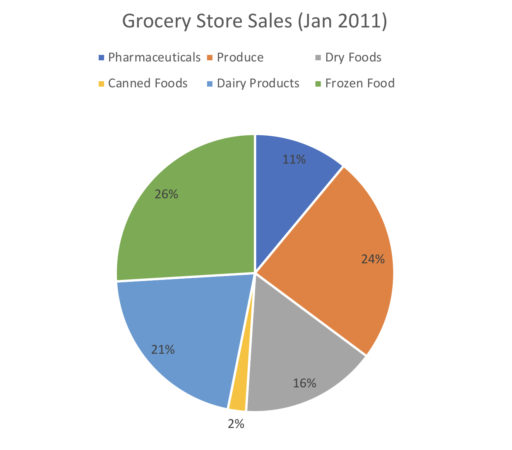 we can conclude that the proportion of revenue from canned foods drastically shrunk from January 2010 to 2011.

From January 2010 to January 2011, which category grew the most as a proportion of total sales?

We can go through the different categories to determine how much each grew/shrank.

Thus, frozen foods grew the most.