How Hard Can You Work?

We all know how smart Albert Einstein was. Of course! He reinvented physics. But, I don’t think we all know how hard Einstein worked. Do you think that he was born knowing topology, algebra and calculus? Of course not. He had to learn it just like everyone else. Perhaps it took him five months where it would take us five years, but this is the LSAT we’re talking about, not General Relativity. You do not need to be Einstein. But you do need to work hard. 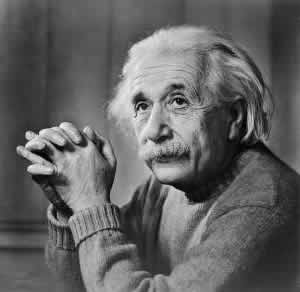 Is this the face of a man who didn't work hard?

We often think of “genius” as something innate but that does a disservice to discipline, which is just as much a part of “genius” as intellect. Ask any "genius" scientist or lawyer, “How hard do you work?” They’ll say, “However hard it takes.” That’s the right attitude. Nothing worthwhile will come easily. Yes, this is just the LSAT, just a test. But it doesn’t have to be. You can decide to make your studies for the LSAT a test of your discipline, a training ground to set tough goals for yourself, and fight hard to achieve them.

The take away here is that most people short-sell how much influence hard work has over intelligence. Saying, “Oh, it’s too hard. I’ll never get it,” is a self-fulfilling prophecy because you fail to even try. How can you learn anything worthwhile if before you even make an attempt, you concede defeat? There are plenty of people who do just that. But that’s simply laziness – not lack of ability. Don’t mistakenly tell yourself you can’t do it when really, you just have to push.