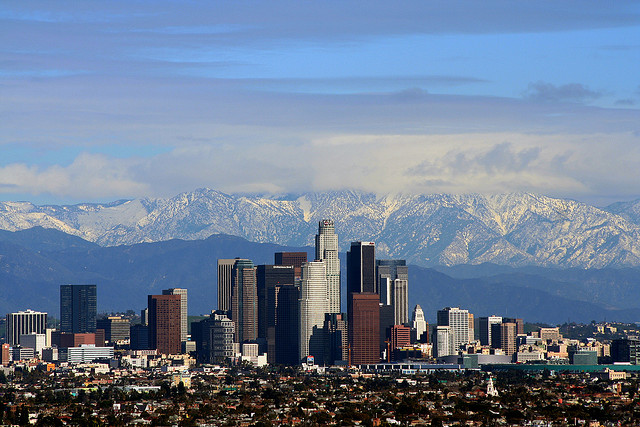 Currently Co-Director of the Advancement Project, Constance "Connie" Rice is a Los Angeles legend who has affected tremendous change on the city's school district, transportation system, anti-gang initiatives, and even the LAPD. She narrates her experiences with the latter in Power Concedes Nothing (see our book review here) and recently spoke with 7Sage about her law school experiences, advice for students, and more.

If you’re there to learn liberty, most of what you learn in law school is about how you limit liberty.

I didn’t learn very much in law school. I mainly worked. Maybe more of the same. Maybe just confirmation of what I learned in college.

Law school was so different because it’s a system of constraints, and I was there to learn freedom. If you’re there to learn liberty, most of what you learn in law school is about how you limit liberty. So it was sort of counterintuitive in some ways. The thing about law school is it's very artificial. They didn’t used to have law schools. They used to apprentice to become a lawyer.

In the summer after your 2L year, you worked at the NAACP Legal Defense and Educational Fund, where you focused on death penalty cases. Can you talk about that experience?

It’s a heady process to save someone’s life, and I don’t think I’ll ever do anything as important as saving those men’s lives. It’s a very very emotionally heavy world to be in, and it’s exhausting. It’s very disappointing and tragic.

Speaking of tragic situations, you’ve dealt with so many trying scenarios, even a nine-year-old assassin. Does any of this make you a pessimist?

When you’re fighting, you don’t have the time or the luxury of being sad.

Not yet, not yet. I guess I am basically a pessimistic optimist. There was a lot of sadness but that doesn’t mean that I’m sad. It means it motivates me. I find it more motivating than depressing or anything. I have a very even level of feeling. That comes from being very secure in knowing who I am and all those good things that people with good parents always have. I’ve never made the mistake about thinking this is about me so it doesn’t touch me in that way. I guess that’s one way to think about it. Also, you’re fighting. When you’re fighting, you don’t have the time or the luxury of being sad.

Another thing that jumped out at me while reading Power Concedes Nothing is how fearless you are, whether dealing with gang members, corrupt cops, or even death threats.

It takes enormous stamina to work the way we did, to do David and Goliath everyday.

When I look back at how fearless I was back in those days, I am amazed. ‘Why weren’t you afraid?’ And I just wasn’t. I don’t know how to explain it. Fearlessness is different from courage. Courage means you’re afraid and you overcame it, and in some ways, it’s more admirable. I just didn’t think to be afraid. I just drove right in there and did whatever I had to do. I wasn’t afraid. It didn’t occur to me to be frightened.

There were times when I knew when I was in danger, especially with the gang stuff and some of the police stuff, and I was in shock over some of the threats, just for a second. But I never felt fear, and that’s a psychological condition I can’t really explain. I should have been afraid in some circumstances. I think of the attributes I had, fearlessness is the [third] most important. The first is that I’m pretty much unflappable, and I had enormous stamina. It takes enormous stamina to work the way we did, to do David and Goliath everyday. We had to work around the clock, and I couldn’t let anyone see that we had no resources because otherwise they’d be able to beat you.

You have a very vivid memory of your childhood, including heroes from that age such as Martin Luther King Jr. and Barbara Jordan. As you’ve grown up and become involved in civil rights, how has your perception of your heroes changed?

I probably appreciate what they lost more, now that I am older and have been through my own wars. They gave up so much, much more than I did. [I also appreciate] just how much we owe them. Without them, we wouldn’t be where we are right now.

Since the publication of your book in 2012, what’s been a memorable experience?

I have to say that was a real kick, standing up there, seeing all those cops take notes from former gang members.

Can you talk a bit about what’s changed in Los Angeles since the publication of your book?

It takes work every day to transform a culture of a police department, and that’s what I’ve been doing.

LADP has changed enormously and is still in the process of changing. I still have to do that work every day. I was just at the HQ yesterday to say goodbye to someone I did most of the reform work with. I saw all the guys we did the reforms with. It was very sad to think that they’re all retiring. LAPD is a place where I don’t think they’ll ever go back to what they were, which is good, and it’s been an amazing journey.

What would be the goals if you became involved in the slavery issue?

Can you speak about your current work with the Advancement Project?

It’s a civil rights action tank [focused on] police reform, violence reduction, safety for children. The education piece is focusing on early children ed. We want the little ones to get a head start. The other part of it is the technology. How you use technology to advance the interests of the poor.

What advice do you have for pre-law and 1L students?

Dream your dream and go make it happen.

Know who you are so you can figure out what you want to do. And when you figure out what you want to do, do it. You really have to stay calm enough to understand what life is teaching you, and really being able to pick up what’s going on around you rather than just going through the motions or not paying attention at all. Doing what you want to do, that takes a lot of courage because most people feel that they have to do certain kind of jobs or be in a certain place. They may never do what they want to do or even ask themselves what they want to do. People at the end of their lives will feel cheated. Dream your dream and go make it happen.