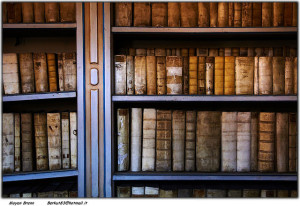 LSAT books can help you study

Our LSAT Courses are all you need to study for the LSAT.  But if you just prefer the smell of books, here are our top picks.

The most important books are the official LSATs from the LSAC. We sell many tests with video explanations, but you can find even more past LSATs on amazon.

Some of these tests are quite old. You should use them if you have a decent amount of time to study. If you have less than a month, stick to the more recent tests.

Ten New, Actual, Official LSATs (LSATs 52-61): The most important book from the list. This book is only $19.50, and has ten of the most recent LSATs. You can't get them cheaper anywhere.

The Next Ten Actual Official LSATs (LSATs 29-38): These tests are older, but still quite useful, especially if you have a few months to study. These tests are also quite cheap.

LSAT Superprep: This is LSAC's guide to the LSAT. It comes with strategies for each section; the Reading Comprehension guide is short but good. It also has three tests you won't find anywhere else. The best part is that these tests come with full explanations by the LSAC.

They are the ONLY official explanations from the LSAC for any test, so it's useful to see what they're looking for in answer choices. The questions also have difficulty ratings.

Ten More Actual Official LSATs (LSATs 19-28): The LSATs in this book are fairly old. In particular, the logic games are different from those on the  modern LSAT. But these are still useful tests, especially if you think you'll use up all the modern LSATs.

Ten Actual Official LSATs: Old tests from the early 90s. You should be aware this book exists, but only use this if you've got a lot of time to study and will run through all the other tests.

Note: All the official LSAT books come with bubble sheets to mark your answers. You should definitely use these to get the most authentic test experience. Otherwise you're giving yourself extra time.

If you need more bubble sheets, or a timed LSAT proctor, check out our LSAT tools page and our LSAT App