A four hour drive from Manhattan and an hour after losing reception, we saw a sign that informed us “Pavement Ends.” In the car, Amanda, Edison and I looked at each other, trying to understand what was happening when the prophecy came to pass that the pavement ended. A few minutes later, we found the lodge we would be staying in for the next four days. It was a quaint rustic thing nestled in the Adirondacks that looked equal parts family comedy and horror.

Thankfully, it would turn out to be the former for the PreProBono retreat. 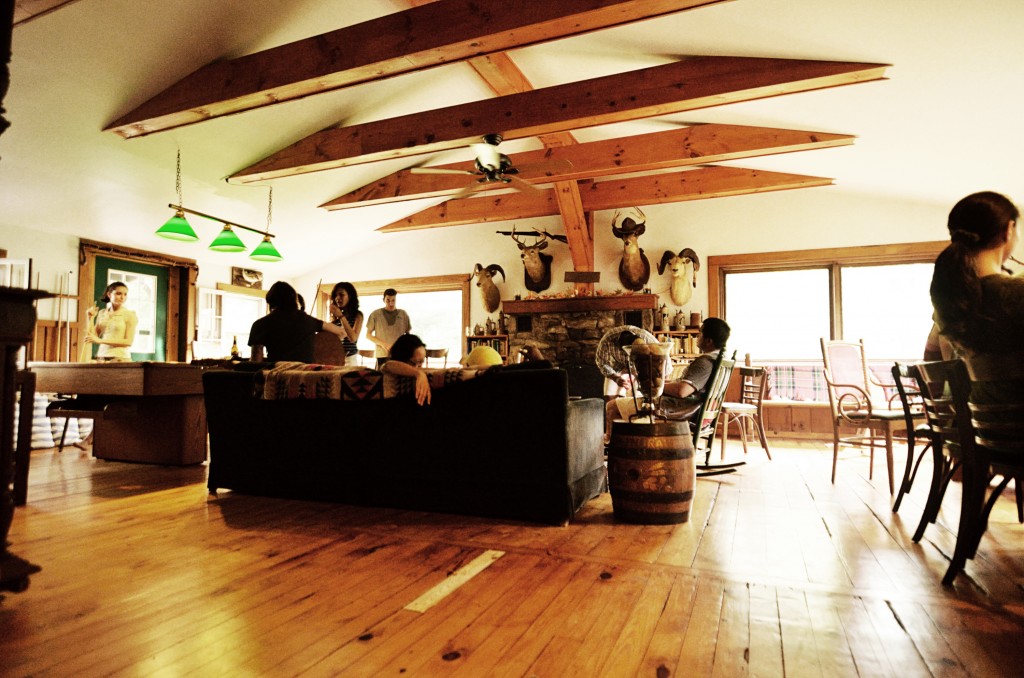 Though with Jerone’s laughter echoing through the halls, it could have gone either way.

We spent the first night relaxing, hanging out, and locating the coffee-maker while J.Y. confidently boasted of going without. He lasted one day. I awoke the next morning to find the other Fellows engaged in a massive assembly line of Dami’s creation, putting together sandwiches for everyone's lunch. Elisa was busily drawing smiley faces onto them using mustard, when I stumbled over to the coffee and learned we’d be going to Lake George that day.

Once there, we played football on the (boiling hot) sand, witnessed Sam’s NFL-caliber passes; we scared the locals out of the lake after a giant game of freeze tag; and I learned sand flies love the blood of Fellows. So, if in a few years there is some kind of LSAT-mastering superflies living around Lake George, we’re deeply sorry.

Nights at the retreat introduced us to James’ love of the flame, as he constructed the bonfires we would sit around and roast marshmallows. Out of the city and away from streetlights, I realized how many stars there were, while J.Y., much to Julian’s amusement, excitedly pointed out the shooting ones in his Star-Studded Astronomy Seminar. 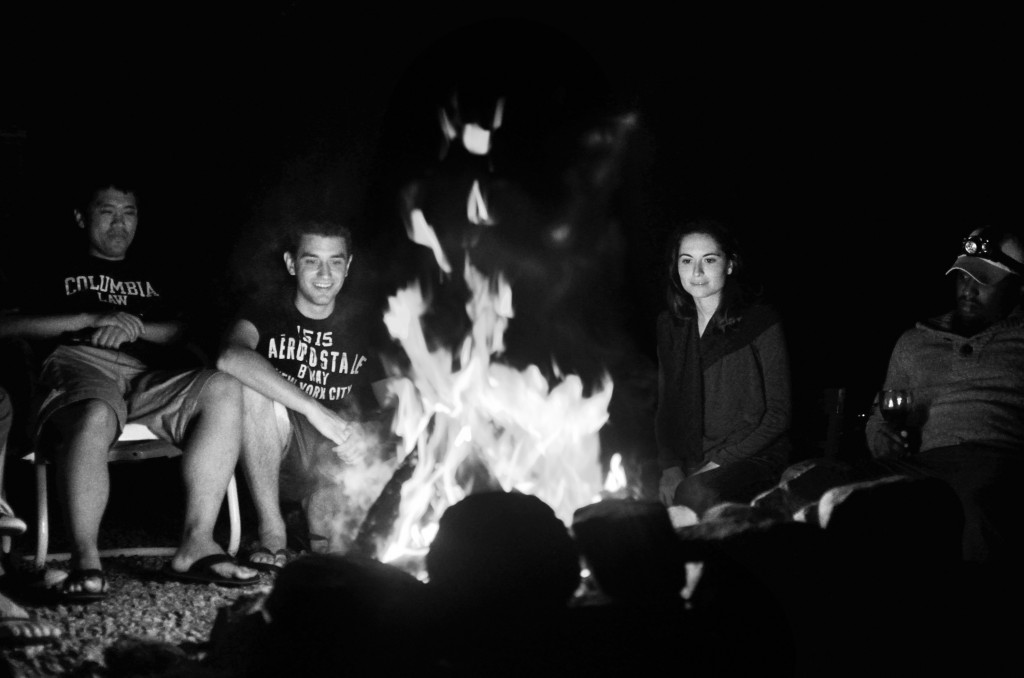 The highlight of the retreat, though, was Speedboat Day. We all gathered into two rented speedboats and were unleashed onto Loon Lake. A tube was tethered onto each and my boat’s mission was simple: take whoever was riding in the tube and get them out. Jerone’s, on the other hand, was to "maximize the rider’s enjoyment." But, where’s the fun in that?

I was first to climb in out boat’s tube, and after leisurely riding for a few minutes, the fight began. I held on as long as I could— then the tube hit the boat’s wake, sending me face-first into the lake around 88MPH. 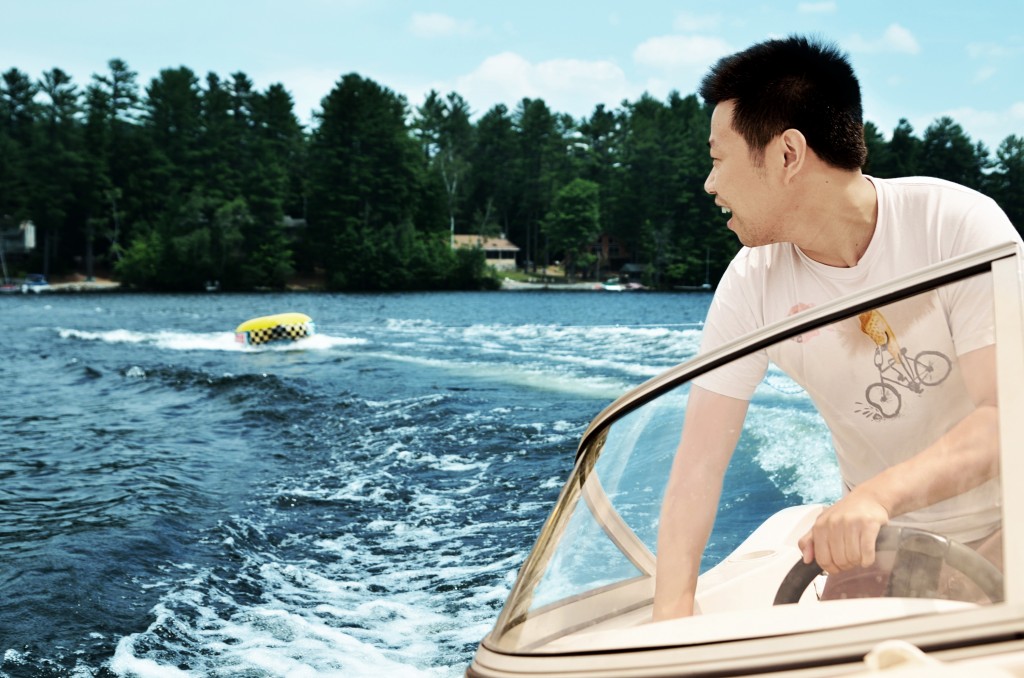 After I re-boarded the boat, the other Fellows asked me how it was.

“Slamming your face into the water is exquisite.”

This was enough to keep Jenn from immediately hopping into the tube, though we would eventually convince her to take a gentle ride. Michelle, taking a break from relaxing in the sun, stepped up and was also promptly flung into the water. We all took turns driving the speedboat and attempting nautical murder. You may not know this, but driving a speedboat really fast is awesome. 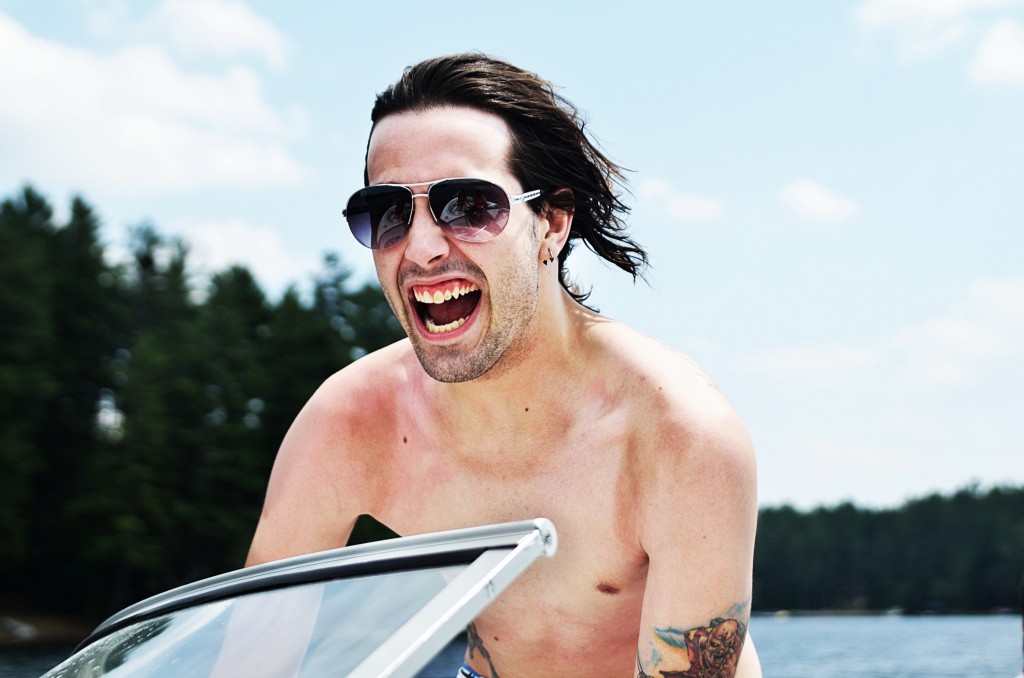 It’s even better than acing a logic game (though just barely). Jon also got very attached to his oar, holding it close at all times. We even managed to convince the non-swimmers, Elisa, Katherine, and Jenn, to face their fears and hop in with life-vests. Pulling the boats back into the dock, the people who rented them out to us said we “drove like city-people.” I accept his compliment.

With speedboat awesomeness filling our days and large dinners at night, the PreProBono retreat felt like a family gathering, even though, as Sam put it, we barely knew each other a month before. I have PPB interns Severine, Tatiana, and Yoseob to thank for all the fun as well as the 80 or so bug bites I sustained. But mostly the fun. 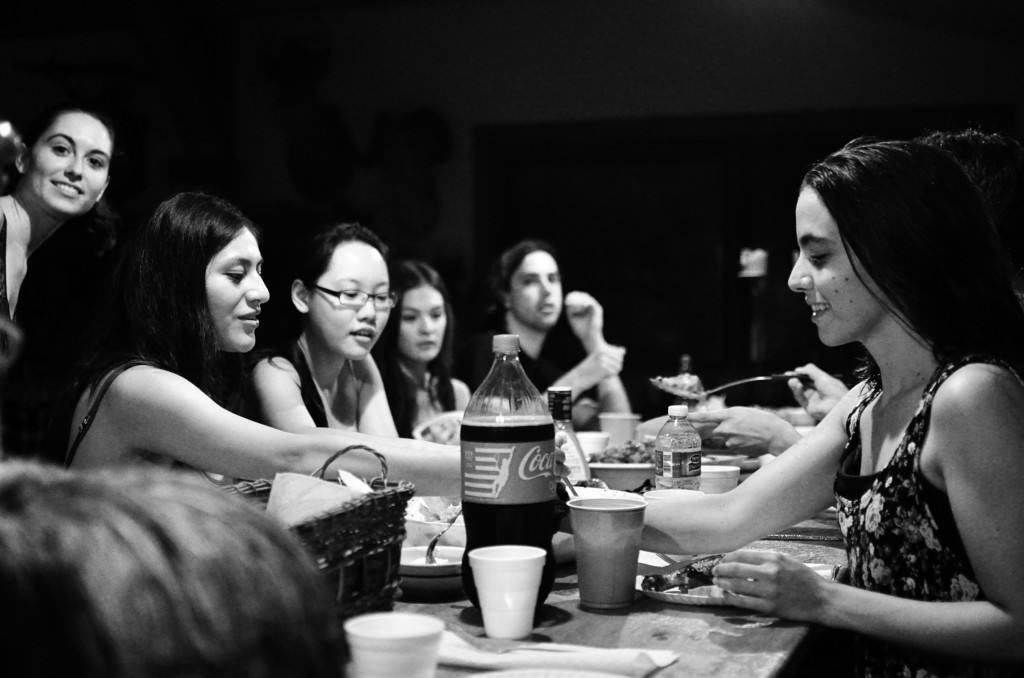 Though spending this much time with family qualifies as horror for some.