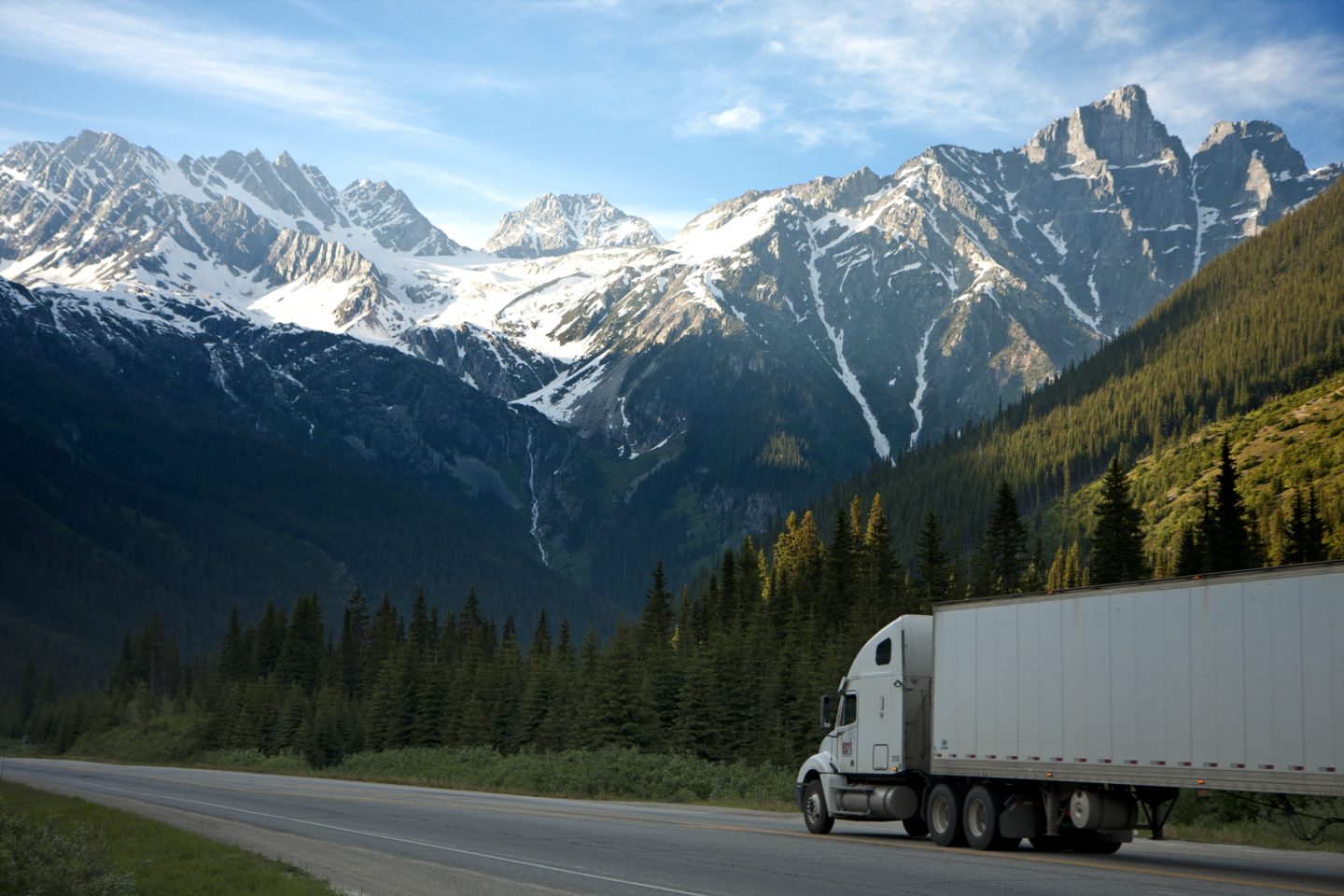 We decided to start with a résumé. Because Mark was self-employed, he had never written one, and we used the 7Sage Template to create a simple, clean document. Putting this together forced Mark to review the long arc of his career, highlight the milestones, and convey his accomplishments concisely, all of which laid the groundwork for his personal statement.

Before he drafted an essay, though, we sent him a list of prompts and asked him to brainstorm. Mark responded with a tremendous haul of promising material.

🔍 Searching for the Story

We knew we wanted to use Mark’s non-traditional career path to our advantage, highlighting the experiences that would set him apart from younger applicants. It was also important for us to explain why his application to law school made sense, and why it had to happen now. Admissions officers needed to be assured that Mark had his hands on the steering wheel. His career wasn’t a runaway truck.

We came up with an outline that charted Mark’s many frustrated attempts to complete his education. Law school was, he posited, the culmination of a long struggle. In describing that struggle, Mark also managed to highlight the incredible doggedness that let him bootstrap his way to the head of a trucking company.

Finally it was time to write…and write, and write. In the course of eight drafts, Mark proved that he was not only a gifted storyteller but a good listener. Every time he saw our reverse outlines and feedback, he sent us a new and improved essay. Ultimately he wound up with one of the best personal statements we’ve ever seen.

👉 Skip down to Mark’s personal statement.

After finishing the personal statement, Mark still had material to burn, so we crafted a diversity statement about how his background contributed to his work ethic and commitment to service.

👉 Skip down to Mark’s diversity statement.

🎁 Wrapping It All Up

Mark attacked his “why X” essays with the same Herculean effort. Before he sent out any applications, though, he slowed down per our best practices and triple-checked that everything looked right. He finally submitted in the full confidence that he’d done everything possible to make his application stand out.

His efforts were rewarded with a significant scholarship from Northwestern Law despite an under-median LSAT score.

💡 What You Can Learn

Proper nouns have been changed.

Until I moved to Lockhart, California when I was sixteen—where my mother and I lived in an old army tent that we pitched in a tarantula-infested patch of desert—I had spent nearly my entire life in the Upper Peninsula of Michigan, in an old mobile home that had been haphazardly reconstructed after a water-heater fire destroyed the roof. We lived without basic amenities like running water or electricity, and we ate roadkill, or whatever else could be trapped, hunted, raised, or farmed. I still shudder at the thought of our living conditions—the chicken that lived in the house, the jar of kerosene with a collection of floating wood ticks plucked from us and our pets that we kept atop our refrigerator, the poo-filled bucket that we used for our indoor bathroom, the recurring slime mold on our kitchen counter mounded with dirty dishes and refuse, the utter squalor.

I was so anxious to be free from the lifestyle my parents had chosen that I moved to Tucson, Arizona soon after high school to attend a trade school to study diesel mechanics. While I loved learning, I wanted to make money and be independent more than I wanted to pursue a four-year degree. Shortly after getting married and being faced with the daunting challenge of providing for a young family, however, I reconsidered the value of an education and enrolled in university. My hopes of earning a professional degree were dashed early in my second full-time semester of college due to complications with my wife’s pregnancy that required me to tend to her and our children and to withdraw from school.

Limited by my lack of education, I did whatever I could to provide for our growing young family. I drove a garbage truck, built a small scrap-tire hauling business (which consisted primarily of sorting through mountains of tires at salvage yards), taught myself how to drive a semi-truck, independently obtained my commercial driver’s license, and learned how to haul cars. By working incredibly long hours and performing my own repairs, I built a small fleet of car carriers. But I still dreamed of finishing my degree, now not so much for an increase in pay (I was making good money) but rather to become something more. I was thrilled that once we had our trucks staffed and had sufficient savings, I was able to return to school.

After taking classes for only one full-time semester, my educational dreams were thwarted once again. It’s hard to describe how deflated I was when I had to return to driving full-time because one of our drivers abandoned his truck and damaged it so severely that we had to use all of our education savings to make the repairs. Since our relocation for schooling took us away from where our trucks operated, I was only able to see my family sporadically for the next three years.

During those three years, I desperately sought a means of providing for our family that would enable me to finish my degree. A booming oil market afforded me an opportunity to start a new business hauling water in the oil fields. My wife and I leveraged everything we owned to secure financing, purchase a tank truck, and start Capra. I worked tirelessly as a driver (living away from home), as a mechanic (repairing our trucks in the open elements during the subzero Wyoming winters and the mud-drenched springs), as a salesman (continuously pursuing additional work), as a dispatcher (fielding urgent phone calls and placating angry clients twenty-four hours a day), and as an employer (hiring, firing, and scheduling drivers) to build Capra and to position myself to return to school. Fifteen years after taking my first college class, I was finally able to attend school full-time for three consecutive years and complete my undergraduate degree.

Although I wanted to attend law school after college—which I had to postpone because Capra’s explosive growth demanded so much of my time—recent experiences have solidified my desire. About four years ago, my wife and I adopted three children. I enjoyed reading, analyzing, and helping our attorney draft the complex legal writing of the petition. Another experience that bolstered my desire to earn a JD occurred while I sought a patent for a mobile water filtration system that I invented. I loved reading through abstracts of other inventions as we conducted research on prior art (i.e., information relevant to our claim of originality). I also enjoyed the drier parts of the process, including amending our application, scouring the result to ensure it was perfect, and learning about the interplay between coverage and enforceability. Our six-month back-and-forth with the patent office taught me that I’m well-suited for the detail-oriented and research-intensive work that a legal career would entail.

The recent downturn in the oil market has reduced our business and let me delegate more work as I prepare to complete my education. I look forward to returning to school, exiting trucking, and beginning a new chapter in my career.

Although my dad tried hard to be a provider, he was so fractured from his time as a field medic in Vietnam that he couldn’t hold a job. When I was very young, he moved my family to a remote area of Michigan’s Upper Peninsula, where we carved out an existence that was reminiscent of a frontier lifestyle. I milked goats, cut and stacked and split and hauled an endless supply of firewood to feed the voracious appetite of our old barrel stove, slaughtered and dressed wild and domestic animals, gardened, took sponge baths, washed laundry by hand, made soap and candles, and frequently walked the six round-trip miles to the nearest town. Because I would wear the same battered and stained clothes many days in a row, and because I was raised a Mormon, I was frequently the subject of vicious and demeaning taunts and bullying.

My childhood experiences helped foster within me a strong work ethic and a commitment to help those who struggle. I and my wife (who exceeds me in both work ethic and compassion) have opened our home to those who need it for the entire twenty-one years of our marriage. We have housed and fed displaced teenagers, recovering addicts, and even a homeless stranger. We have reunited and adopted three estranged siblings. We have offered employment opportunities to good people who made bad decisions. We purchased and donated a trailer to a former employee who has been incapacitated by schizophrenia. We even built a pad on our land for him to park the trailer.

Although I have many motivations for going to law school, one of them is simply this: I hope to use my degree to help people in more profound ways than I could otherwise.