(They disclose these numbers on their websites and to the American Bar Association in what’s called a standard 509 report. We've imported all medians and more into this handy table.)

Okay, but what IS a median?

A median is not an average. It’s the number that falls in the middle of a data set. For example, say there are three applicants to a law school with the following LSAT scores:

What does the median tell me about my chances of admission?

Let’s take a historical example. Notre Dame Law School’s LSAT median for the 2021 class was 165. That means that half of NDLS’s matriculating class had LSAT scores lower than 165; half had LSAT scores higher than 165.

If your top LSAT score was 164, you may have felt that your score was close enough. As far as NDLS was concerned, however, there was a world of difference between applicants at the median and applicants below it. Just take a look at this scatterplot of NDLS 2017–2018 admissions outcomes, courtesy of Law School Numbers: 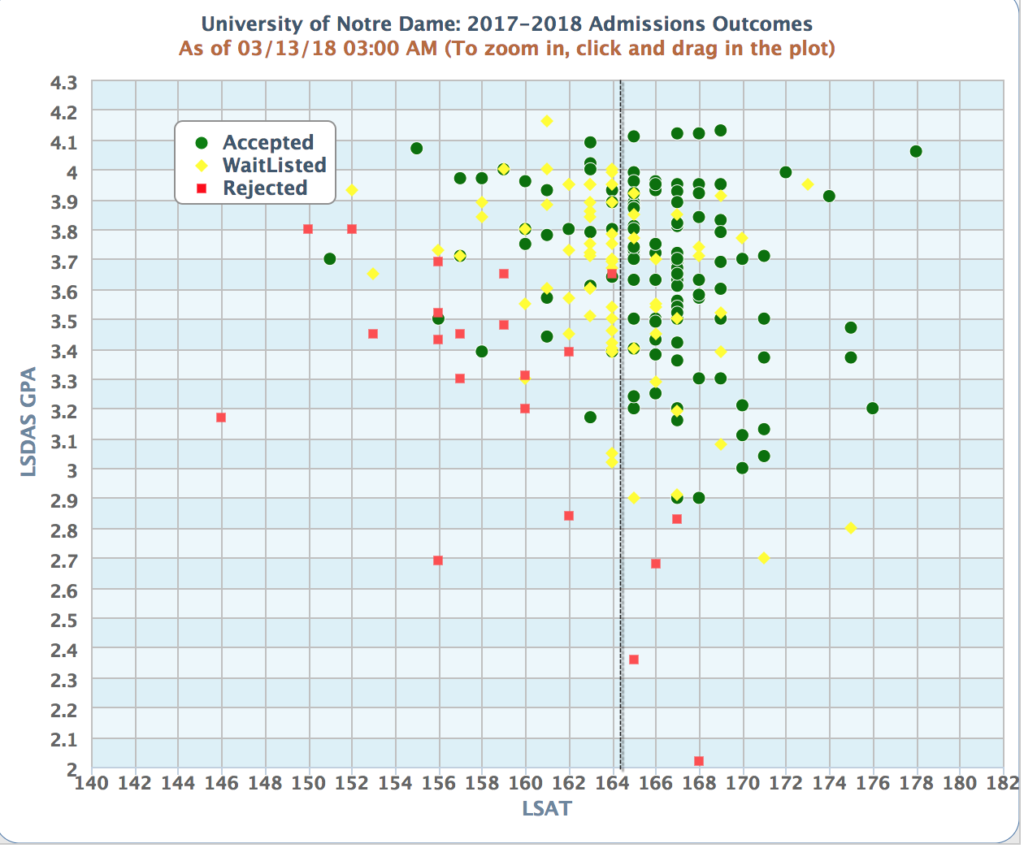 Now let’s look at one more example, this time from Harvard Law School. Harvard’s median LSAT score for the class of 2021 was 173, but a graph of their results doesn’t show the same neat cutoff around the median: 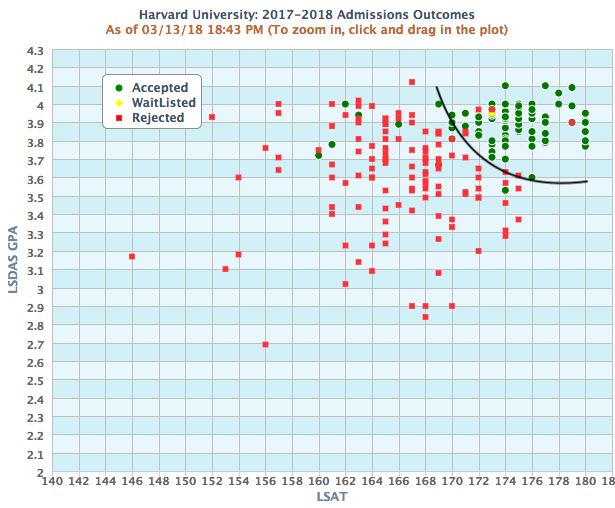 The graph illustrates that law schools base their decisions on both LSAT scores and UGPAs. A stellar UGPA can sometimes compensate for a below-median LSAT score, and vice versa, but it's unlikely that you'll get into a school if both your LSAT score and GPA are below the median.

Of course, medians may change from year to year, and there are always outliers, but your scores and a school's medians should be your starting point as you put together a balanced list of reach schools, targets, and safeties.